Get 25% Off All Products during our Black Friday Sale

*Excludes existing offers & discounts. Discount applied automatically within the checkout. Available til the end of Nov 2022

**With immediate effect we have increased our Royal mail postage costs from £2.95 to £3.49 to cover the increased charges. However, postage is still free for orders over £50

Currently, we are experiencing payment issues with Stripe which we are trying to resolve. Please use PayPal or your credit/debit card via PayPal to checkout.

*Cheapest item for free is applied automatically within the checkout. Available til the end of Jan 2023
**Excludes existing offers,  discounts & subscriptions.

Last orders for dispatch before Xmas will be Wednesday 21st December. 🎅 All orders after this date will be fulfilled from the 4th of January 2023. In the meantime, we wish you a merry Christmas 🎄 and a happy New Year ✨

*Excludes existing offers. Third item added for free within the checkout. Available til the end of Sept 2022

ProVen for your baby

Your baby needs friendly bacteria to help support bacterial balance in the gut as the microbiome develops immediately following birth and for the first 2-3 years of infancy.

The most common and well-known strains of friendly bacteria are lactobacillus, acidophilus and bifidobacteria and supplementing them can help to increase the numbers of friendly bacteria in the microbiome. ProVen Probiotics pregnancy and baby products contain these strains and have been shown in research to be safe in pregnancy and newborn babies.

As your baby develops throughout pregnancy, low numbers of foetal and placental bacteria from the mother have been detected and this is considered to be part of the preparation of the baby’s immune system for the outside world.

In addition, during the last trimester (3 months) of pregnancy, the mother’s intestinal bacteria are transferred to breast tissue in preparation for breast milk production. This ‘mammary microbiota’ development peaks just prior to birth and remains at relatively constant levels throughout breastfeeding.

Supporting the mother’s gut bacteria during pregnancy may be beneficial for both of these processes. 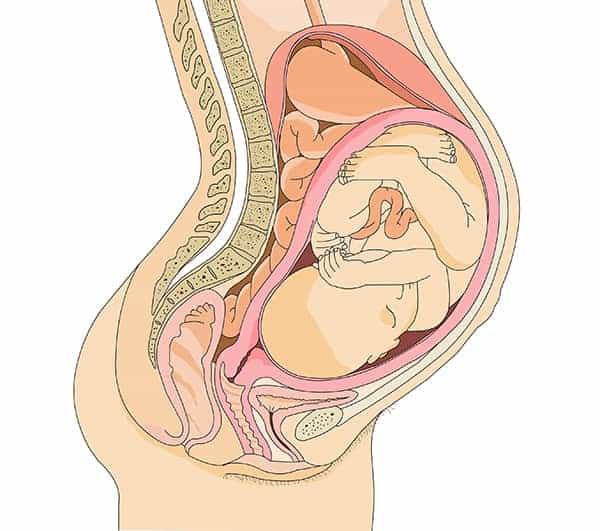 Development of the infant’s gut microbiota starts immediately as the baby is born – at birth, the GI tract of healthy newborn babies is considered to be sterile and the baby acquires his or her gut bacteria from the environment it is born into.

For babies born vaginally, the first colonisation is from their mother’s vaginal, skin and rectal microflora. For infants born via caesarean section (C- section), these bacteria come from skin and the hospital environment.

Thus, the gut bacteria of babies born via C-section is significantly different to that of infants born vaginally and this difference is increasingly being shown to have an impact on health and immunity throughout life.

The development of the baby’s microbiome is also influenced by diet – a few hours after birth the beneficial bacteria start to colonise in the infant’s gut, helping to reinforce the gut barrier and support immunity. 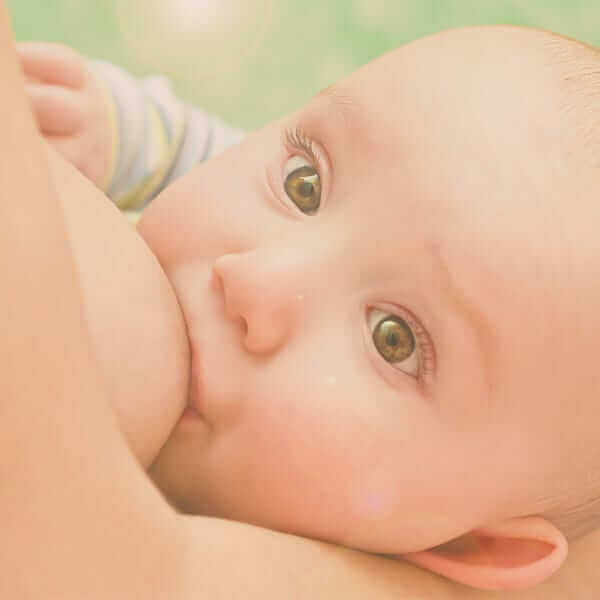 During the last trimester of pregnancy, the mother’s intestinal bacteria are transferred to breast tissue in preparation for breast milk production and the ‘mammary microbiota’ levels remain relatively constant throughout breastfeeding.

The composition of breast milk also reflects the mother’s health and diet. Providing both mother and baby with a probiotic supplement during breastfeeding may help to optimise the bacterial colonisation of the infant’s GI tract.

If the infant is formula fed, he or she will not receive the ‘mammary microbiota’ and will be dependent solely on formula milk for nutrition until weaning begins around 6 months of age.

Supplementing with research-backed probiotic bacteria and prebiotic fibres may support colonisation of the baby’s GI tract with beneficial bacteria and help to ensure a balanced microbiota. 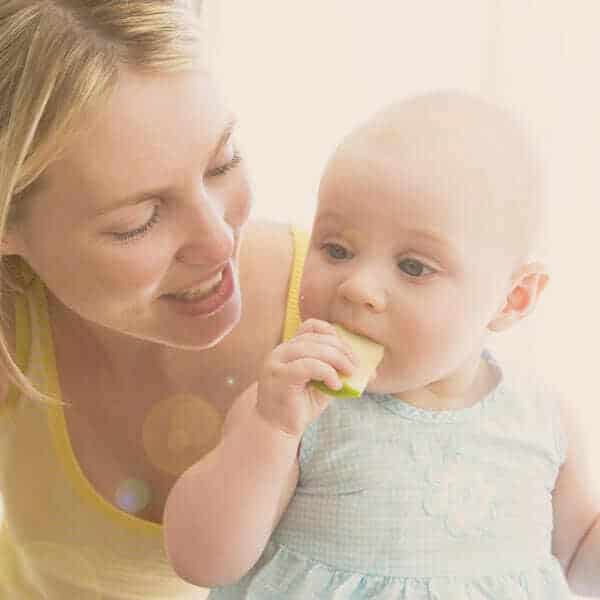 The World Health Organisation recommends that babies are exclusively breast fed for the first six months of life, after which they are slowly weaned onto solid foods to meet their increased energy and nutrient needs.

Whilst foods such as fruits, vegetables and plain yoghurt can help to provide some prebiotics and probiotics, continuing to supplement probiotics will also help to support the development of the infant microbiome during weaning.

Our Swansea Baby Study involved more than 450 mother-baby pairs over five years and the Lab4b probiotic bacteria used in the ProVen Probiotics pregnancy and infant products was shown to be completely safe for use during pregnancy and for newborn babies.

Below, Dr Nigel Plummer, a world-renowned expert in the field of probiotics, explains the ground-breaking importance of the Swansea Baby Trial.

ProVen Pregnancy products can be used throughout pregnancy to support mother and baby.

ProVen Baby products can be given to your baby from birth. Dairy free, gluten free, vegetarian and vegan products available.

The only group of friendly bacteria shown in research to be safe during pregnancy and newborn babies.

View our Mother and Baby Range

“Started to give it to my baby from 8 weeks and it has helped his tummy a great deal, even after immunisation it helped him. Would highly recommended to buy if breastfeeding.”

Rachel Ma ★★★★★ “We started when my infant was 5 months old and are now on our second bottle. After using this he has not [been] constipated at all. His eczema also faded a lot…”
FAQ's

What is good bacteria?
Despite what we have been led to believe, not all bacteria are bad.
Learn More
Probiotics & Antibiotics
Research has shown that taking friendly bacteria (probiotics) alongside antibiotics can help to maintain a healthy balance of the bacteria in the gut.
Learn More
The gut microbiome
Each of us has around 100,000 billion live bacteria living in our intestines.
Learn More

You can find out more about which cookies we are using or switch them off in settings.

This website uses cookies so that we can provide you with the best user experience possible. Cookie information is stored in your browser and performs functions such as recognising you when you return to our website and helping our team to understand which sections of the website you find most interesting and useful.

Strictly Necessary Cookie should be enabled at all times so that we can save your preferences for cookie settings.

If you disable this cookie, we will not be able to save your preferences. This means that every time you visit this website you will need to enable or disable cookies again.