Whilst there are many brands of probiotics, there are not many proprietors as passionate about bacteria as Dr Nigel Plummer, founder and managing director of ProVen Probiotics.

Nigel Plummer PhD has his doctorate in microbial physiology from the University of Surrey, UK and has worked at Pfizer in antibiotic research and development. His research on the use of normal flora in the prevention and treatment of genito-urinary candidiasis has won him numerous awards.

Dr Plummer lectures extensively in North America, Europe and the UK and has developed an interest in the concept of fetal disease programming, the controlling factors involved and the potential to influence programmed events as a means of prevention of chronic disease development. 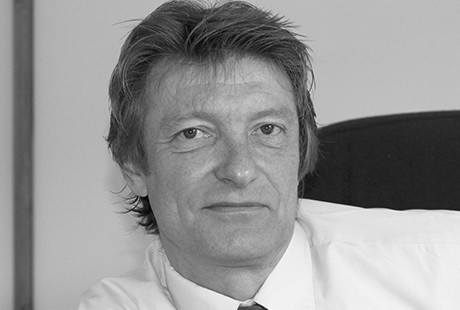 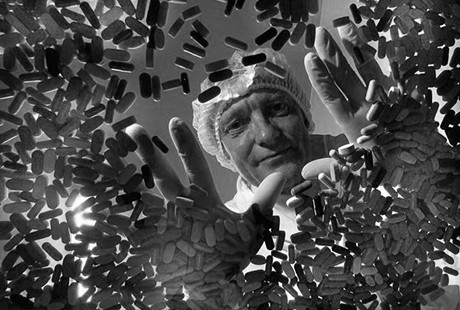 An interview with Dr Nigel Plummer:

Can you tell us about your background and how and when ProVen probiotics was founded?

NP: First and foremost, I am a microbiologist, and so probiotics was obviously a field that was always close to my learning and expertise. In 1992, we developed our first probiotic, which was aimed at prevention of diarrhoea in baby pigs and calves. In 1996, we developed our first probiotic for humans. For many years, we then provided major supplement brands with our probiotic strains. From 2001, we conducted our first clinical trial in humans – on our proprietary probiotic consortium we call Lab4 – at Cambridge University on antibiotic associated C. difficile diarrhoea. We have now conducted 12 additional clinical studies looking at the impact of Lab4 of many aspects of human physiology. In 2012, we decided to launch our own brand incorporating Lab4 in addition to continuing to provide other supplement brands globally with private label probiotic products. This brand was ProVen.

Who owns the company?

What was the idea behind the company?

NP: To develop the best and most clinically relevant probiotic products and to become recognised as contributing to the academic knowledge base surrounding the microbiome and the use of probiotics.

Which countries do you export to?

NP: Our Lab4 probiotics are sold to all continents in the world (with the exception of Antarctica!). North America is our biggest market overall. The ProVen brand is now present in much of Europe, Asia and in the next 12 months, Russia, South Africa, Ecuador, India and Brazil.

How do you ensure you keep up-to-date with the latest industry developments?

NP:​We have 12 scientists including microbiologists, biochemists and immunologists working full time on R&D.

What criteria do you impose in relation to new product development?

NP:​We look to develop products which will be clinically proven to elicit a beneficial effect. The process is to devise the product and then prove it has benefits by conducting robust clinical studies.

Why do you have so many different products aimed at different user groups?

NP:​Because different life stages have different requirements both of probiotics and other nutrients. For example, in babies, probiotics can provide major benefit by steering the developing immune system, whereas in adults the target may be irritable bowel syndrome. Different products are required in these different situations.

Why do you think people need to add probiotics in their daily life?

NP:​Because we have many negative pressures on maintaining an optimised microbiome. For example, in most countries in Europe, the average use of antibiotics in children and adults is one course per year. This will always have a significant disruptive influence on the balance and hence benefits provided by the microbiome. Probiotics provide a mechanism to re-optimise the microbiome and hence deliver a variety of health benefits.

Can probiotics enhance the immune system in general?

NP:​Yes, we have shown this in clinical studies – by taking ProVen daily for 6 months over the winter period, the duration of coughs and colds suffered by children can be reduced by 50% – and as a result absenteeism from school can be reduced by 30%.

There are several probiotic manufacturers and brands on the market. In what way does ProVen differ from other brands?

NP:​ We use our own proprietary strains of probiotics and we have proven the effectiveness of the product in human clinical studies – furthermore the product the consumer buys is exactly the product used in clinical these studies.

How can we choose an effective probiotic from others that are not so effective? What is important to look for to make a conscious choice?

NP:​ It is critically important to look for clinical study evidence, published in a peer reviewed journal demonstrating significant benefit for the condition you are looking to treat. Probiotics don’t need to be refrigerated now – good manufacturers have learnt how to keep high potency probiotics stable for 18-24 months in room temperature conditions.

Some of your products contain added nutrients and vitamins. Why is that?

NP:​ Because the additional nutrients may also provide benefits for the condition to be treated – adding to the benefits of the probiotics. We have a special stabilisation process called TriPhase which stabilises the probiotics allowing these nutrients to be added without de-stabilising the probiotic organisms as usually happens.

What is your future goal and long-term strategy for ProVen Probiotics?

NP:​ To keep growing and to keep accumulating evidence for the effectiveness of Lab4 probiotics in general and the ProVen brand in particular.

With over 30 years’ experience in probiotics, coupled with continual research and new product development, ProVen is one of the world’s most respected producers of probiotics.
Learn More

With over 30 years’ experience in the industry, coupled with continuous research and new product development, ProVen is one of the world’s most respected probiotics manufacturers.
Learn More

ProVen Probiotics and the Lab4 bacteria they contain are subject to a continuous programme of research that both supports our existing products and feeds new product development.

Scroll to Top
Forgotten Something?
Register for an Account